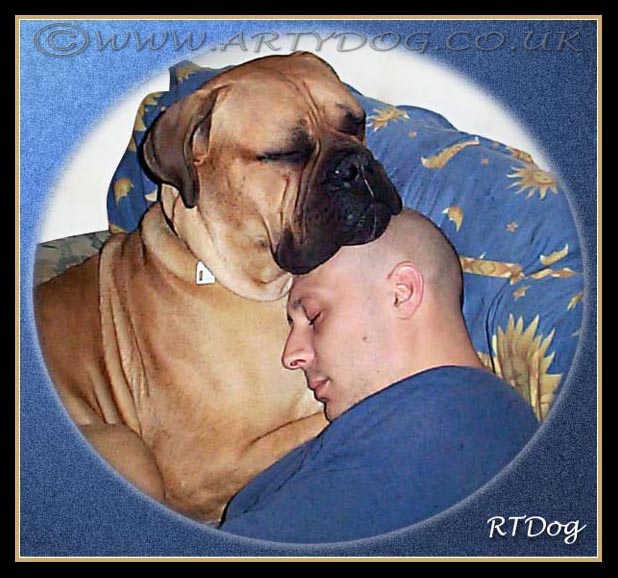 Above; This is how a Bullmastiff protects you while you sleep if he is allowed on the furniture

This is one way they get around the furniture rule 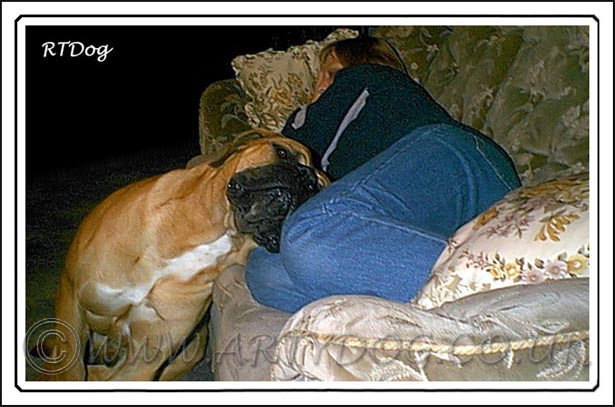 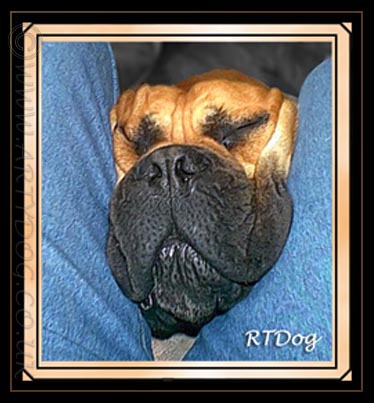